The archipelago of Malta is strangely familiar, yet also wonderfully exotic. Experience the eclectic mixture of seemingly opposite cultures (Italian, Arabic and English mainly) that have forged modern-day Malta. The whirlwind history and remote geography of the island have influenced the cuisine greatly, time to delve deeper into the vegetarian food in Malta.

Traveling through Malta as a vegetarian was surprisingly easy, in fact the slight tug of my shorts at the end of the trip was visual proof that vegetarian food in Malta is both ubiquitous and delicious.

Expect to be greeted with a smile and a hearty bongu (hello) when setting foot in any establishment, the islanders are the embodiment of Mediterranean hospitality. The average item on the menu is impossible to pronounce (unless you happen to be fluent in Maltese) yet reassuringly delicious.

Maltese vegetarian recipes contain lots of scrumptious vegetables, grains & legumes and often times a healthy dollop of ricotta for good measure. Pair your meal with a tangy Kinnie-lemonade and try the local cactus liqueur if you dare. This food guide takes you through the delight that is Maltese cuisine.

Please note: This post contains affiliate links, meaning I may earn a commission if you make a purchase by clicking a link (at no extra cost to you). Learn more.

Get a deeper understanding of the outside forces that shaped traditional Maltese cuisine. Learn about the history of the country as you eat your way through all its delicious specialties including the best Malta street food and desserts dripping in local Maltese honey.

LEARN TO COOK MALTESE FOOD:
Cooking class with a local

Take a half-day cooking class and learn all about traditional Maltese food. Make a delicious pasta dish from scratch and other traditional recipes that have been eaten on the island for hundreds of years. Taste local wines and the famous Maltese bread. Vegetarian options are available upon request.

Learn about the Maltese cuisine and experience the highlights of Valetta in one single tour. A guided tour taking you around Old Town with stops at the best eateries. Avoid tourist traps, interact with the locals and get the best recommendations on where to eat in Malta.

Before diving headfirst into the extensive culinary scene of Malta, it is worth taking a step back and looking at the various different cultures that influenced traditional (vegetarian) Maltese food. The main streams of influence can be traced back to the Phoenicians, Carthaginians, Romans, Arabs, Normans, Sicilians, the Knights of Saint John, and the British.

We know that once the Knights of St John set foot on the island, the traditional Maltese food underwent a significant shift. The Knights hailed from different countries (mainly France, Italy, and Spain): They were wealthy, influential, and above all had a healthy appetite. Along with their sense of duty, they bought pasta, anchovies, meat and vegetable soups, and the cooking technique of stewing meat in wine.

In the 17th century, Malta was part of a handful of the few places in Europe where knights and slaves rubbed elbows at one of the many registered coffee shops (drinking coffee was reserved for the elite elsewhere).

Once the British took hold of Malta, the Maltese cuisine incorporated some decidedly British elements: think tea with milk, English mustard, and even Worcestershire sauce.

Over the centuries the various different cultural influences were mixed together and started bouncing ideas off each other creating innovative recipes and delicacies that are considered the traditional food from Malta, recipes handed down for generations.

Do not be surprised to find dishes that seem familiar at first – pasta with sardines from Sicily, a fish stew from France, date biscuits from Northern Africa – but portray a very different flavor once you bite into them due to the use of local herbs and spices and even cooking techniques.

The vegetarian alternatives are decidedly Mediterranean, relying on fresh produce cooked with a generous amount of olive oil or wine – bet that piqued your interest. They are a great source of energy before heading out to explore Valletta and the many other thing to do in Malta.

Vegetarian Food in Malta you need to try:
8 dishes to add to your list!

When entering a restaurant in Malta chances are high you will be presented with an Italian style menu i.e. antipasti, primi (starter), secondi (main), and desert. A perfect antipasto is traditional Maltese bread with dips, as a starter expect to find soups, risotto, or pasta dishes.

Generally, the mains are comprised of meat/fish, but there are plenty of vegetarian alternatives…one does not go hungry in Malta (this stands true for both vegetarians and non-vegetarians).

Different from the average Italian menu though is the size of the portions. In a very Anglo-Saxon manner, portions are extremely generous. It is not uncommon the be very full after a starter! Food waste can be avoided by informing the waiter that you would like your starters to be on the slightly smaller side.

Maltese vegetarian recipes to eat as a starter and a main

The single most important vegetarian food in Malta to try is Maltese bread. What? A simple loaf of bread? Talk to any local about their food and Maltese bread is bound to come up “you simply have to try it, it is just so good” they will gush, their eyes lighting up like a kid on Christmas morning.

Traditional Maltese bread is a crunchy sourdough bread that dates back to Phoenician times. Grain was available in ample amounts on the island and bread became a staple in the Maltese diet and continues to be so to this day. Try some ħobż biż-żejt u t-tadam (slice of bread rubbed with fresh tomato paste and olive oil) as a starter. Some restaurants offer this dish with capers, olives, and/or tuna as a garnish.

This traditional Maltese soup has a bit of a funny name. It goes back to the Medieval Ages when penniless widowed women received vegetables and other leftover products to keep starvation at bay. Widows soup is an excellent example of nourishing vegetarian food in Malta: Plenty of seasonal vegetables, broad beans, eggs, potatoes, and sometimes garnished with ġbejna (a chunk of sheep’s cheese).

The soup is usually eaten with a slice of – you guessed it – Maltese bread!

In all honesty, Pastizzi can be eaten as a starter, main, dessert, snack, and pretty much any other occasion you can think of. You get the picture; this my friend is the holy grail of traditional vegetarian food in Malta. The Pastizzi are so important in Malta that they have even made their way into the Maltese language with the saying jinbieghu bħal pastizzi meaning selling as fast as pastizzi.

It is not hard to see why the Maltese love them. Pastizzi are a veritable rollercoaster ride for your mouth: diamond-shaped, crunchy flaky – Arab style – pastry with a soft & lukewarm filling. Available in two flavors: filled with mushy peas and spices (pastizzi tal-pizelli) or with fresh ricotta (pastizzi tal-irkotta). Expect to pay between € 0,35 and € 0,40 apiece.

While Pastizzi can be found pretty much anywhere, the Crystal Palace in Rabat is widely regarded as the spot to try one. Here you get the full experience; from older gentlemen chilling at the bar to youngsters stopping for a quick snack. The terrace offers a prime location to indulge in the age-old science of people-watching. Depending on the time of day you might want to order a Kinnie (Maltese spice lemonade) or a Cisk beer to go with your Pastizzi.

Il Ftira Ghawdxija is a traditional Maltese dish from Gozo. At first glance, you might think it a pizza. While it is true that the shape is the same, that is where the similarities stop. The dough is made up of sourdough bread, baked to perfection in a firewood oven.

Traditionally the Gozo Ftira is topped with potatoes, gbejna (sheep’s cheese), nowadays the amount of toppings available is never-ending so you can customize it to your taste and make it suitable for both vegetarians and non-vegetarians.

Vegetarian food in Malta to eat for dessert

Not technically a desert, but more of an ingredient in many deserts and popular as a spread for breakfast. Do not pass up the opportunity to try the Maltese honey when visiting Malta. The island has been producing honey for over a millennium!

This liquid gold, as it was known in the 8th century BC, was extremely prized and even produced for export during Phoenician times. The Maltese honeybee is unique to the island and produces many varieties of different honey. The flavor of the honey depends on the season, popular flavors include wild thyme, citrus, carbob, and even eucalyptus.

A crispy (fried) pastry filled with date paste and topped off with some delicious Maltese honey. This traditional Maltese sweet is a favorite among locals and can be found in any bakery and food carts around the city. As you might have guessed, Imqaret is of Arabic origin and similar sweets can be found under different names in present-day Tunisia, Morocco, and Algeria. Perhaps one of the most scrumptious slices of vegetarian food in Malta to be tried!

The Knights of St. John also left their mark on Maltese desserts in the form of Kwarezimal, traditionally to be eaten during Lent. The name of this biscuit refers to the 40 days of Lent fasting during which animal products were not allowed to be consumed. Sub sequentially the recipe does not contain any eggs or butter! This recipe of this traditional (vegetarian-friendly) Maltese chewy biscuit is made with a delectable mixture of spices and ground almonds.

Vegetarian food in Malta is anything but boring! The proof of that can be found in the delicious and crispy form of the Kannoli. This sweet delicacy is made of fried dough, shaped like a little tube, and filled with beautiful fresh ricotta.

Kannoli much like Pastizzi can be eaten at any time of the day and are widely available in every pastry shop. Kannoli was originally heralded from neighboring Sicily which is known for its finger-licking street food! The sweet was first introduced on the island of Sicily in the 9th century AD.

While Malta is very close to Sicily and the laid-back culture, espresso & cannolo for breakfast vibe might trick your mind into thinking the islands are similar…the Maltese menu will set you straight! Black tea with milk is a perfect alternative to espresso, and pies in all shapes and sizes are planted firmly next to pasta dishes.

Vegetarian food Malta in a nutshell

The vegetarian food in Malta is a true testimony to the trials and tribulations that the island underwent. It shows you how throwing different cultures into one mixing pot can sometimes lead to a very unexpected – yet oh-so-delicious – outcome. 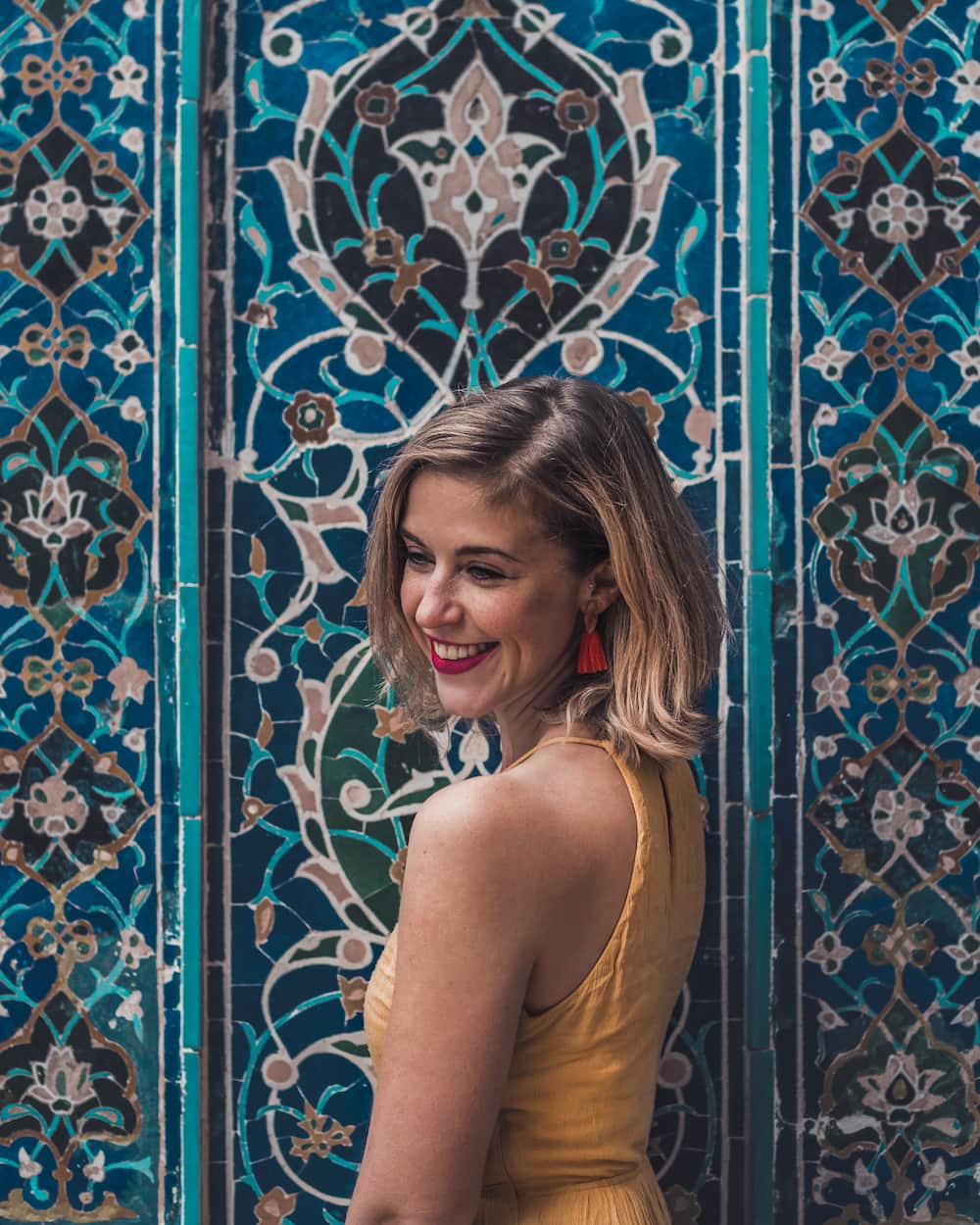 Thanks for dropping in! With this blog I hope to harness the power of travel to do good in the world. Think connecting with local cultures, sustainable tourism and in-depth guides to known and lesser-known adventures. 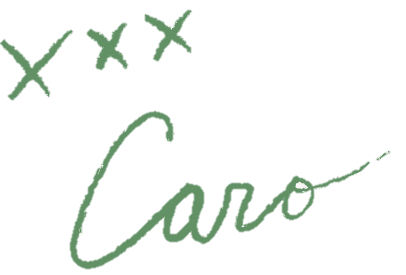